While the name Jacob Anderson might not ring bells immediately, Raleigh Ritchie most likely does and if you’re a Game of Thrones fan then Grey Worm, commander of the Unsullied, might even be his most familiar alter ego. Fortunately Grey Worm was no where to be found and we met the man somewhere between Raleigh and Jacob to talk life, music, videos, acting and his debut album, You’re a Man Now, Boy.

Fame goes to a lot of peoples heads. One minute they’re a college dropout, the next they’re having dark twisted fantasies and before you know it they think they’re Jeezus (see what I did there)… I can’t even begin to comprehend the effect that much attention has on a person, it seems however that whatever attention Jacob Anderson a.k.a Raleigh Ritchie has received is going over his head rather than to it.

The twenty five year old retains a charmingly boyish spirit and is reluctant to stick to the usual, I ask questions and he gives answers, script; which is perfect, because so are we! I’ve only been in the room for about thirty seconds before he says we must both wear a tiara for the remainder of our conversation, apparently two had been left in the room by Little Mix and he’d been having fun with them all day. Strangely this bit of costume made me feel more, rather then less, comfortable, you break down walls pretty quickly when you’re both dressed as princesses. 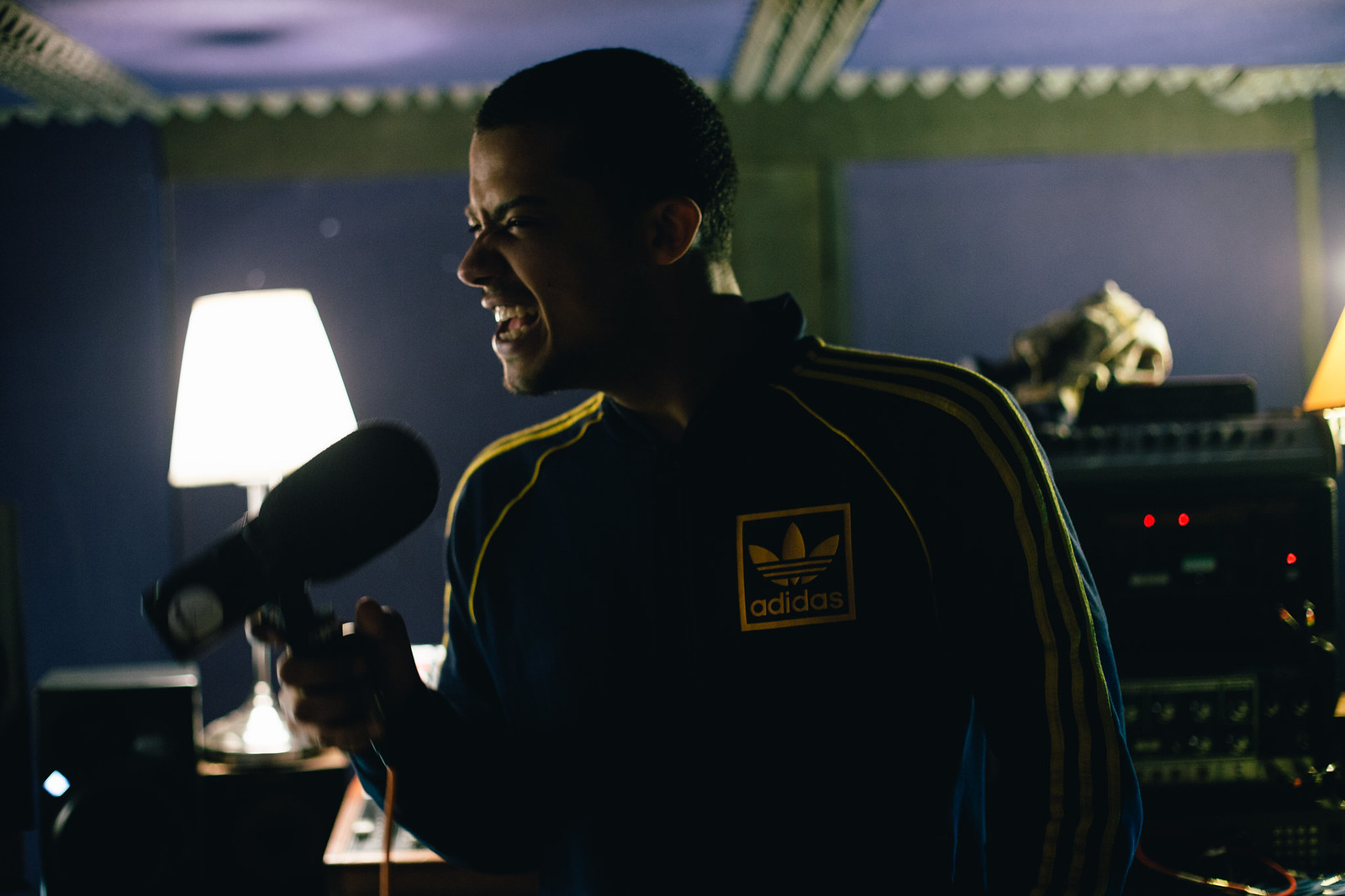 For people who are new to Raleigh Ritchie, how would you describe yourself and your music?

I would say that my music is a hybrid. I take all of the music I like, pick out the bits that I like the most and make it into my own sound.

Debut album! How long has that been in the making?

In reality it’s been about two years from saying I’m actually writing an album now but there are songs on the album that are four years old.

I wrote the song You’re a Man Now, Boy and it felt like that song and title explained the entire album, which is also why I put it at the end. The record is about the pressure to grow up, people put these pressures on us by saying, ‘you’re a man now, you’re a woman now, you’re an adult now,’ but what does that even mean?

I can definitely see that reluctance to accept adulthood in you, you have a very boyish spirit.

Yeah, I’m really childish sometimes and then other times I’m really serious. I’m trying to understand what this all is and the album is part of that, that’s what any song is for me, just working out how I feel. I’ve had that title for a while and it’s always seemed apt. 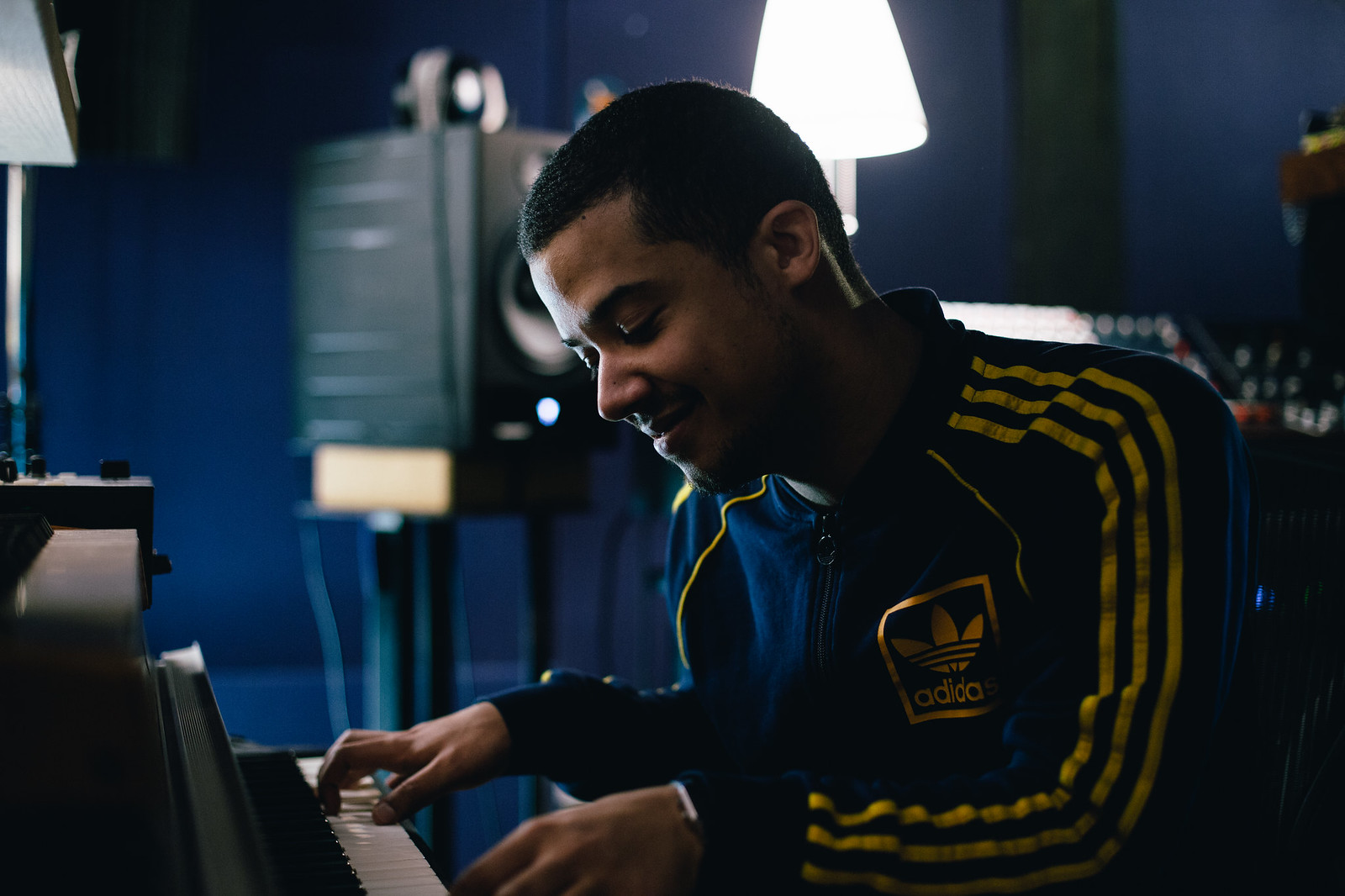 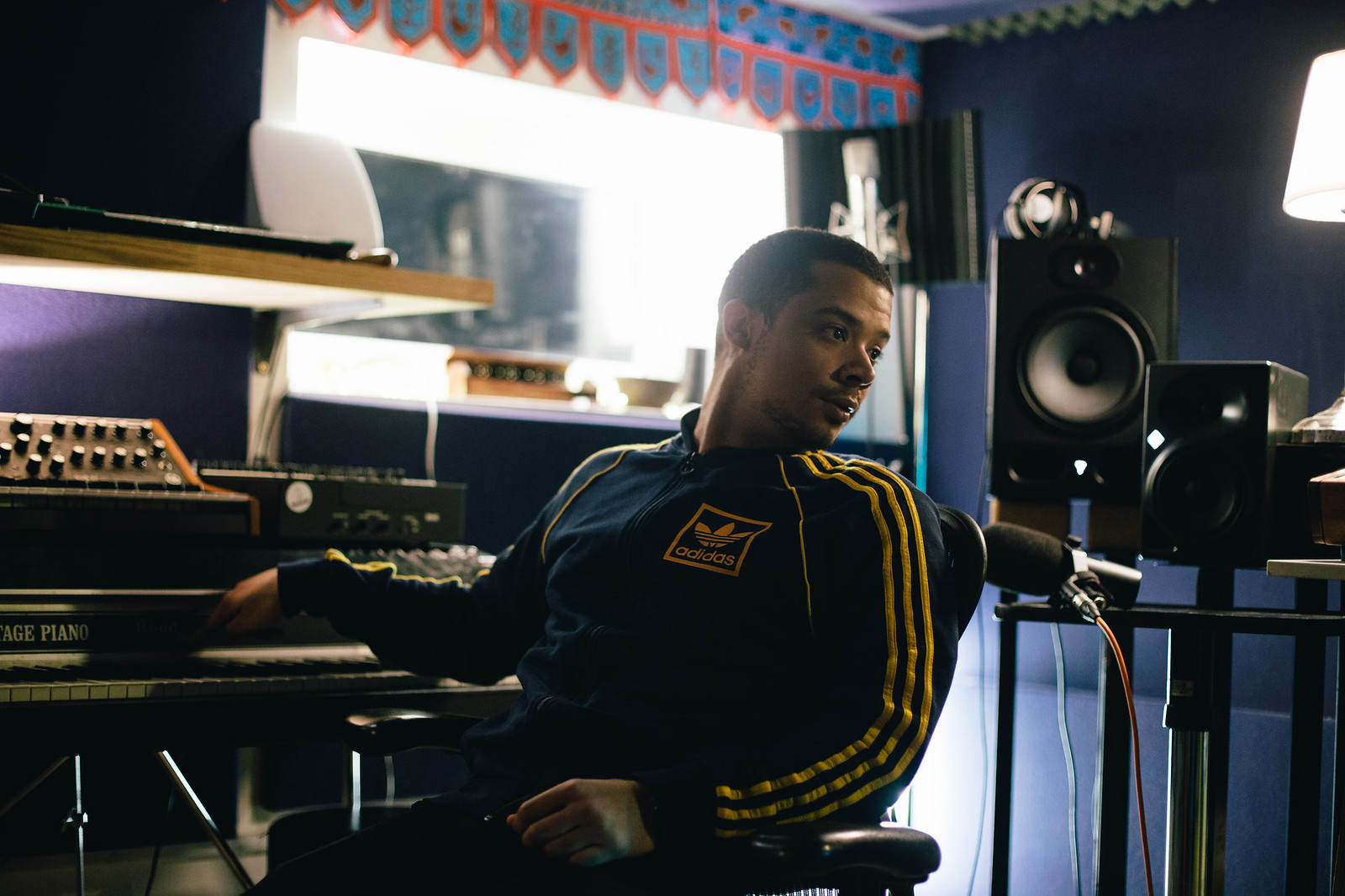 So what can we expect to hear on ‘You’re A Man Now, Boy’?

You’ll definitely hear songs, I can promise that! I tell people to be prepared to hear something a little bit different, I’m not doing anything massively revolutionary but I’m try to make music that’s interesting. Honesty is very important to me; I think an honest approach is the best approach to take when writing a song.

Who are your biggest musical inspirations and who inspired you when writing the album?

There’s so many people, I’m bad at answering questions about inspiration because I’m constantly listening to something different throughout the day, I’d be scared to listen to something and then go straight into the studio, I feel like it might then influence what I’m creating too much.

I know why that idea exists but there’s such a massive pool and there’s always people I forget, Stevie Wonder, Donny Hathaway, The Clash, The Maccabees! I always forget to mention The Maccabees but I owe so much in regard to my flow and the melodies I like to their first and second albums. I just don’t want to be tied to any one handful of artists as my sole inspirations.

I listened to College Dropout quite a bit while working on the album, I don’t think the album sounds anything like College Dropout but one thing I really took from that project is that each song is really different to the last./

I make music that I would want to listen to and I like the way Kanye’s done something different with every album, that’s where I’d like to go. My next album will be completely different to this one and that’s exciting. 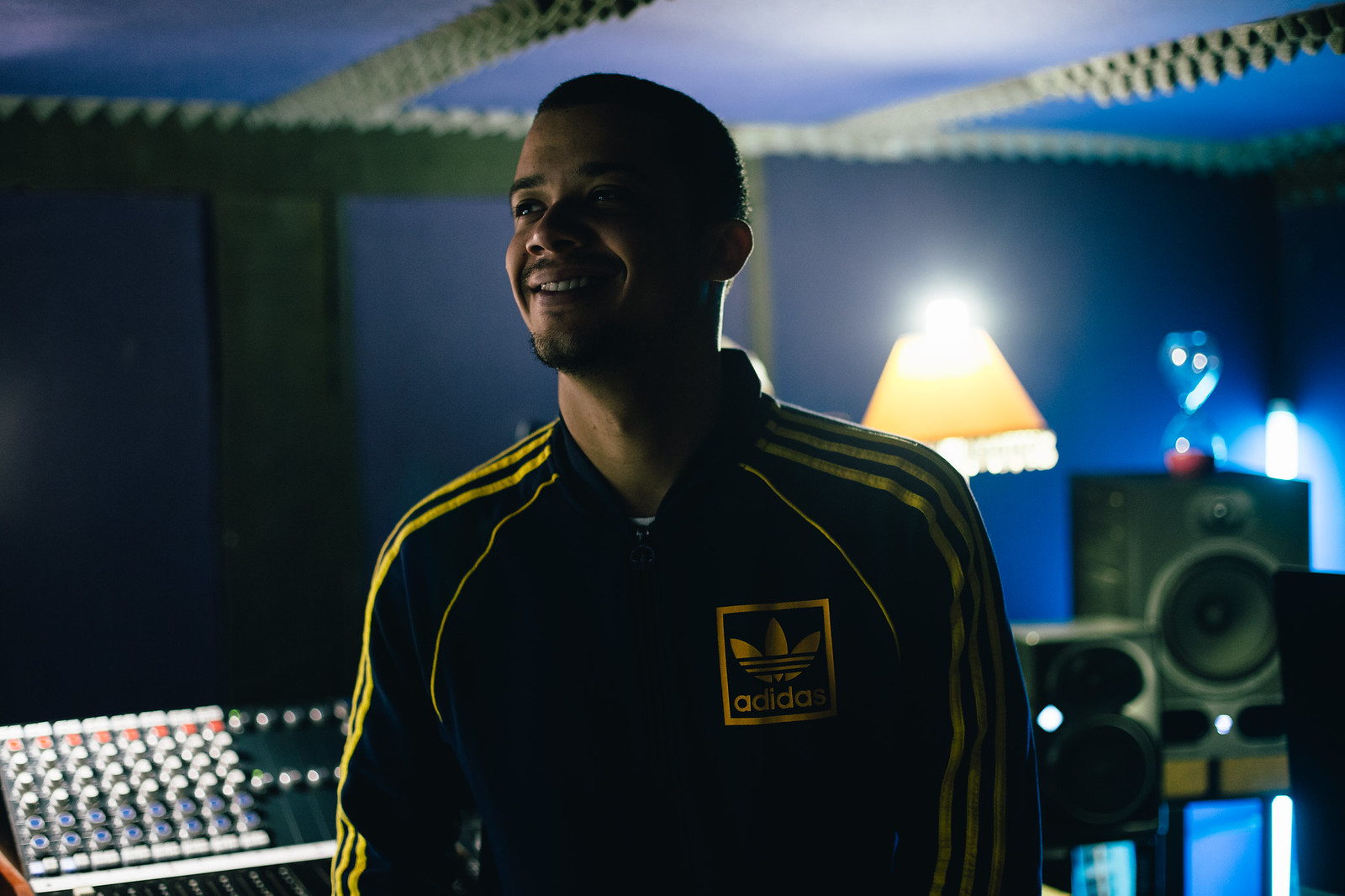 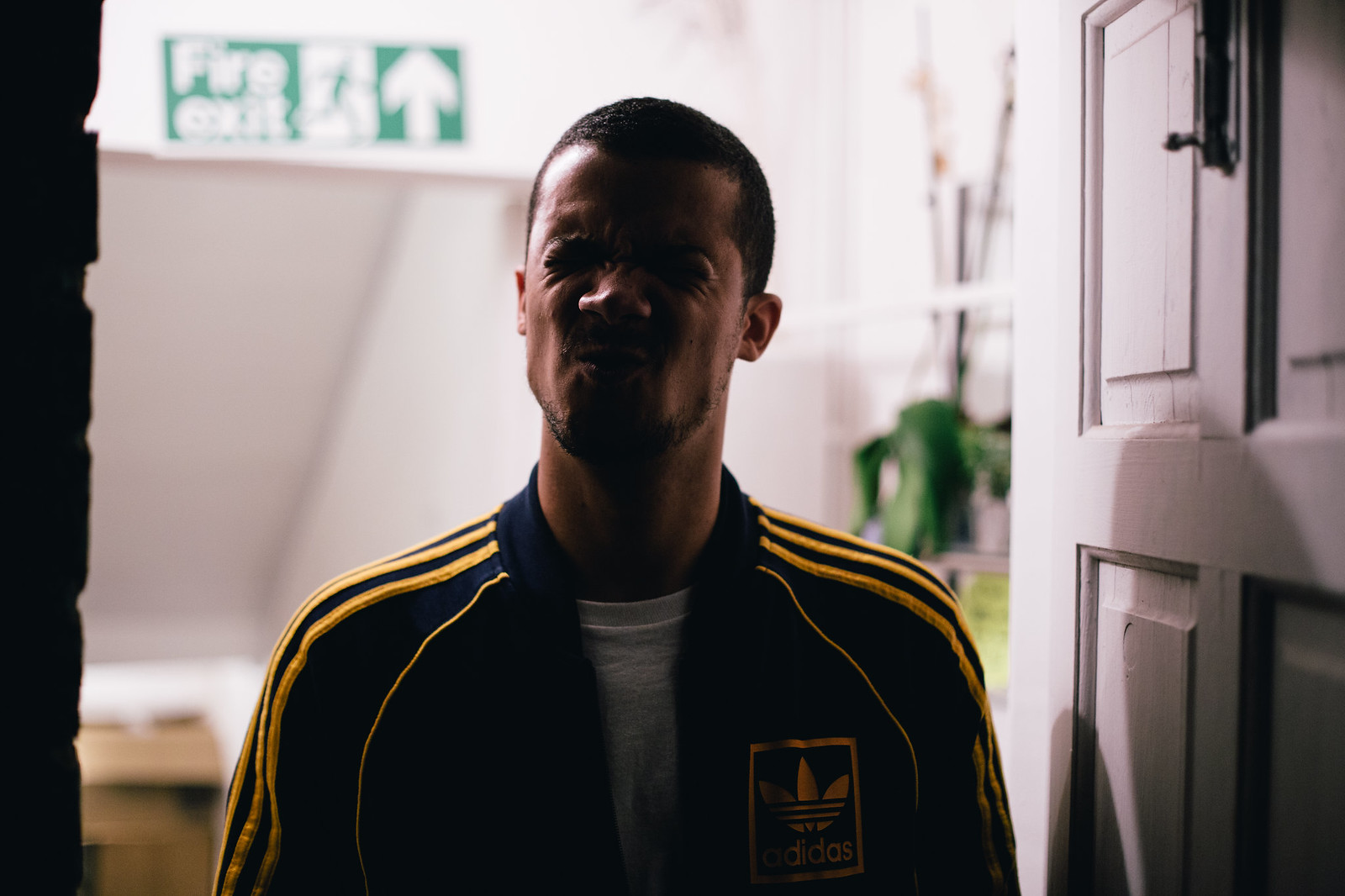 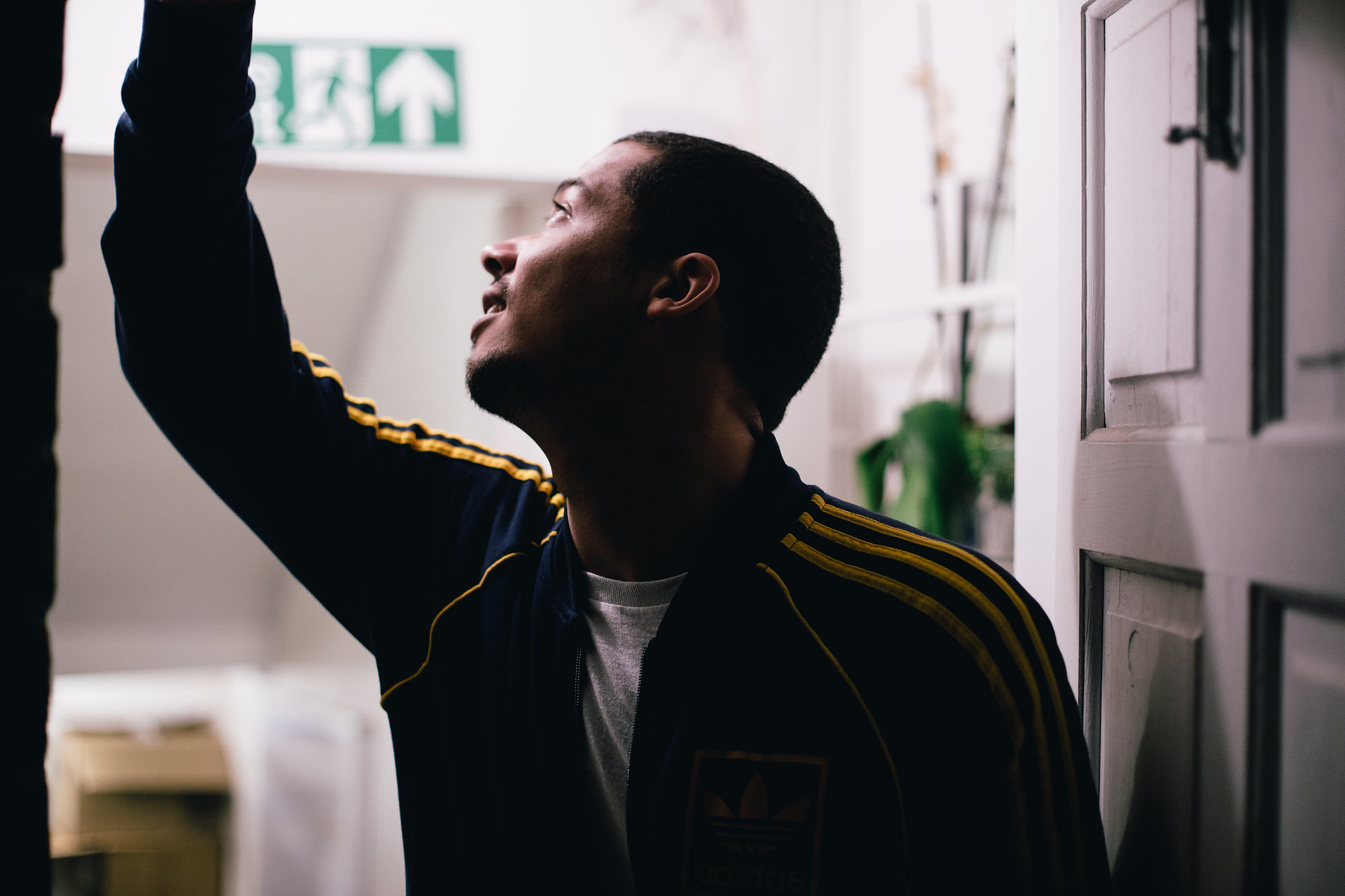 Who and what else got you to where you are now?

Acting very much just happened, it wasn’t something I’d always wanted to pursue as a kid but I found that I really enjoyed it.

With music I just enjoyed listening to it, I also enjoyed writing stories and I’d use my school exercise books to write stuff down. I’d write down how I was feeling, who I fancied, what music I was listening to or which movie I’d just seen, I’d just write stuff down. At the same time I started listening to music that was different to what I was being fed previously, different to the stuff you’re told you should like, I started to discover things for myself.

I know what you’re talking about, it’s around the time the music on your parents shelves suddenly stops sounding so lame and you actually starting listening to and taking it in.

Exactly that! As soon as I started doing that I realised that these guys were singing about how they felt which is what I’d been doing by writing stuff down. I realised that if they can write songs about this stuff maybe I can too.

The school I went to was well funded when it came to music and theatre, we had a studio in the school so I’d go there every lunch time and write songs. Initially I’d try to get other people to sing them for me and I’d produce these terrible beats. Eventually I realised the best way for me to communicate these thoughts was to sing them myself and tell my own stories. 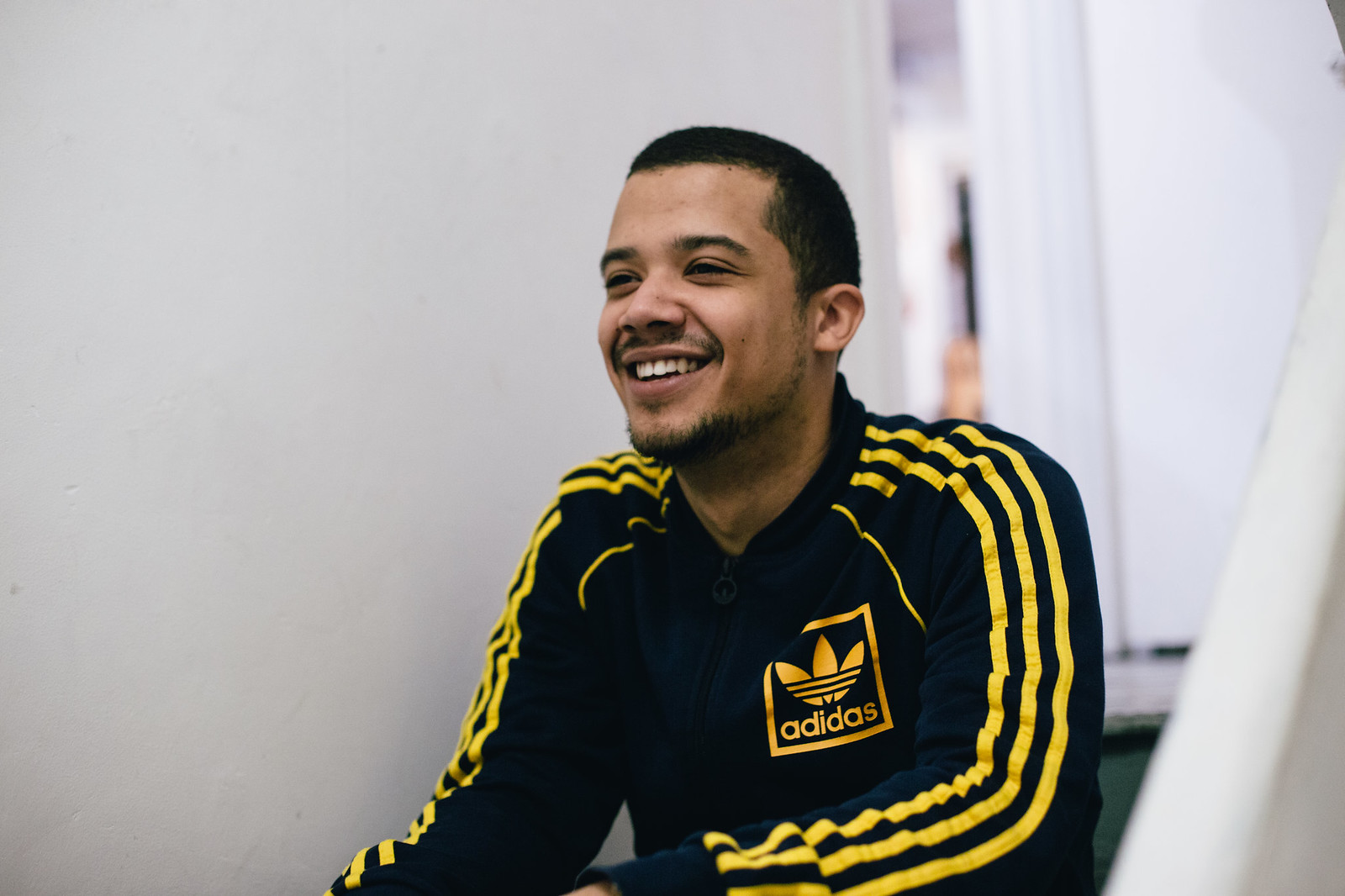 Your videos add a completely different perspective to your songs, as a music video should, for those tracks that get the video treatment are you very creatively involved with that process? Do you ever see the video as you write the song or does that come later?

Most of the time I’m very involved from beginning to end, I think a music video matters as much as the lyrics in the song, they all contribute to telling the story and the video is just an extension of the song itself. I pitch at least one video idea per single that we put out, these don’t get produced in the exact form that I pitch them but they’ll be sent to directors who will develop the ideas.

If you don’t care about the video then you’re letting your music down. I’m not into leaving the video completely up to someone else, I’m not quite trusted yet to go out completely on my own and direct a video, but I’d like to!

Yeah definitely, like I’ve said writing is a great outlet for me and I’ve written some films and I’d like to make a short this year. Film making is absolutely what I’d like to do in the future, people might not care but whatever, I just want to do it because I’m passionate about it.

Do your lyrics always come from a personal place or do you ever play a character on your tracks?

No, never played a character. For me there would be no point in making music if I played a character, the reason I do it is because it’s my way of working out shit that bothers me. If I try to force write a song it doesn’t tend to work out, I need to be in a place where there’s something in my head that I just have to get out. 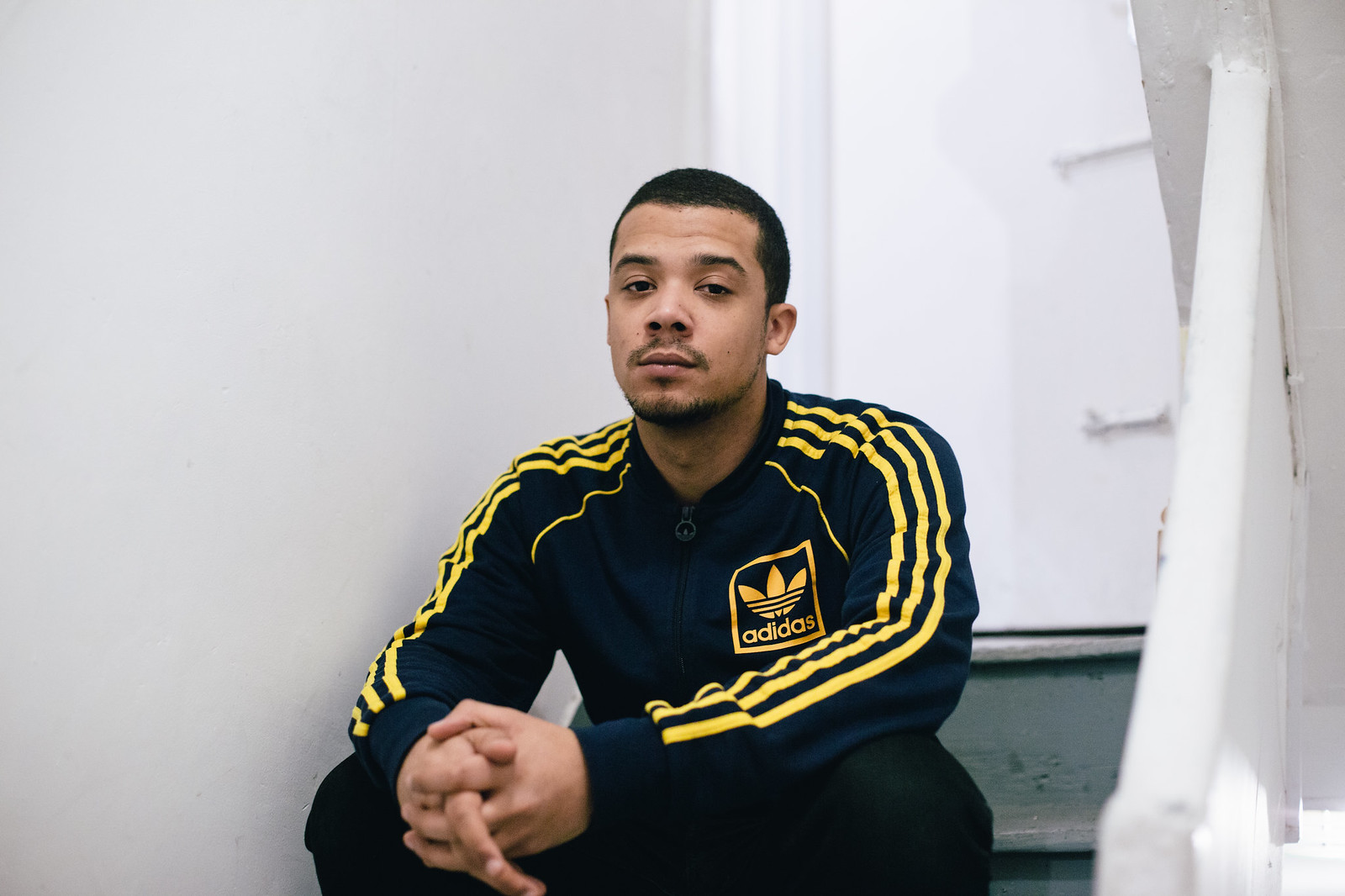 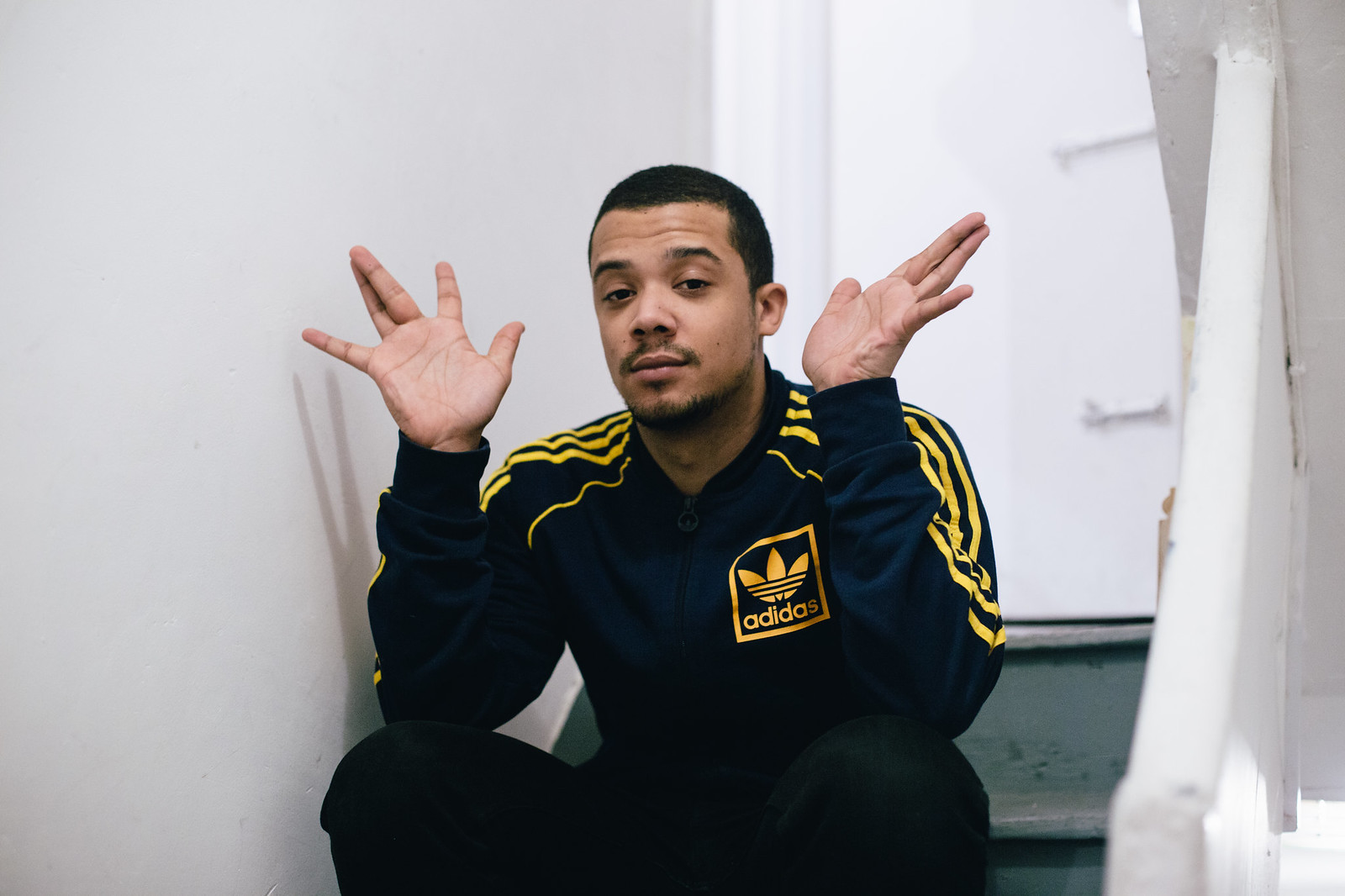 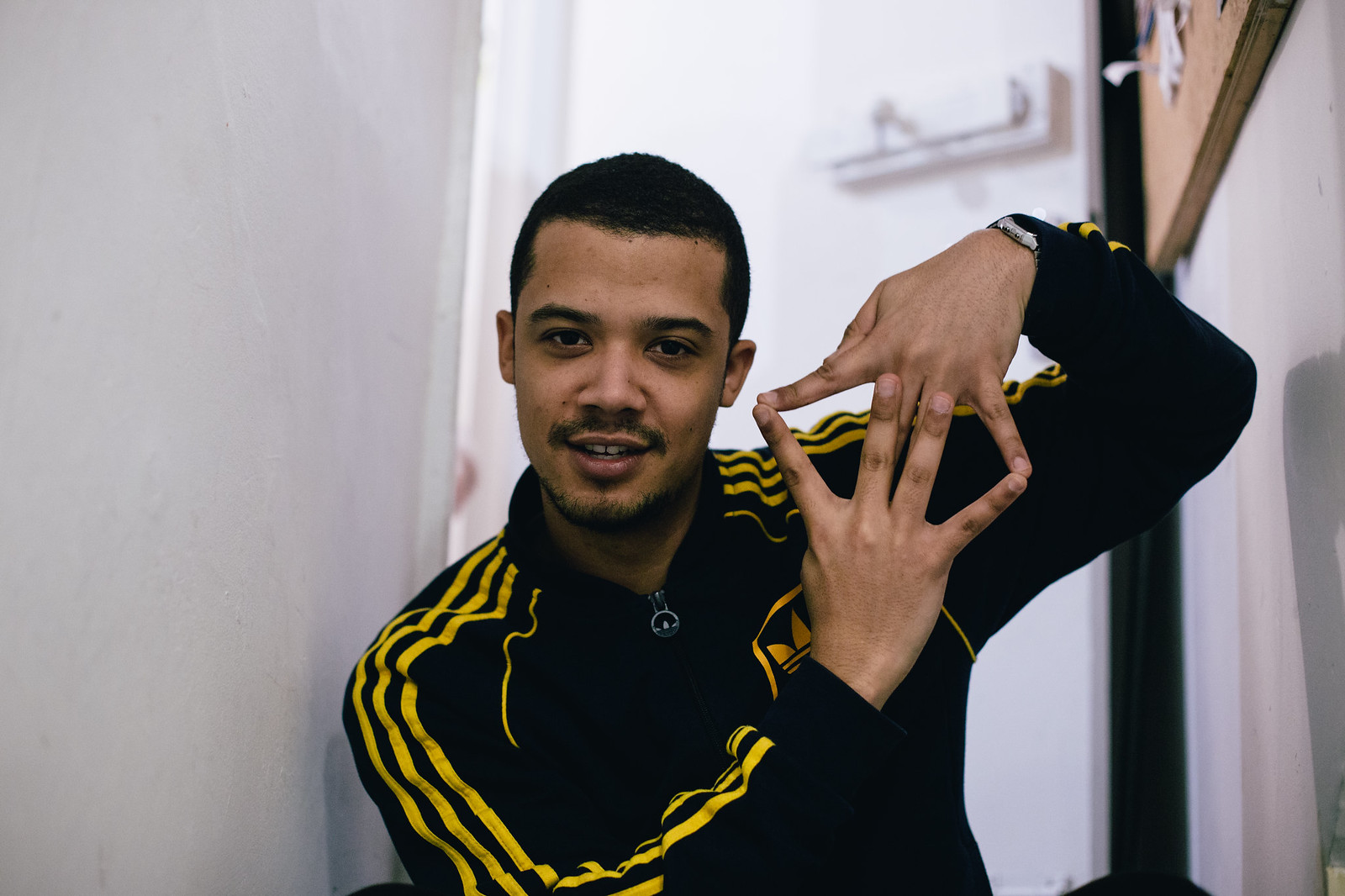 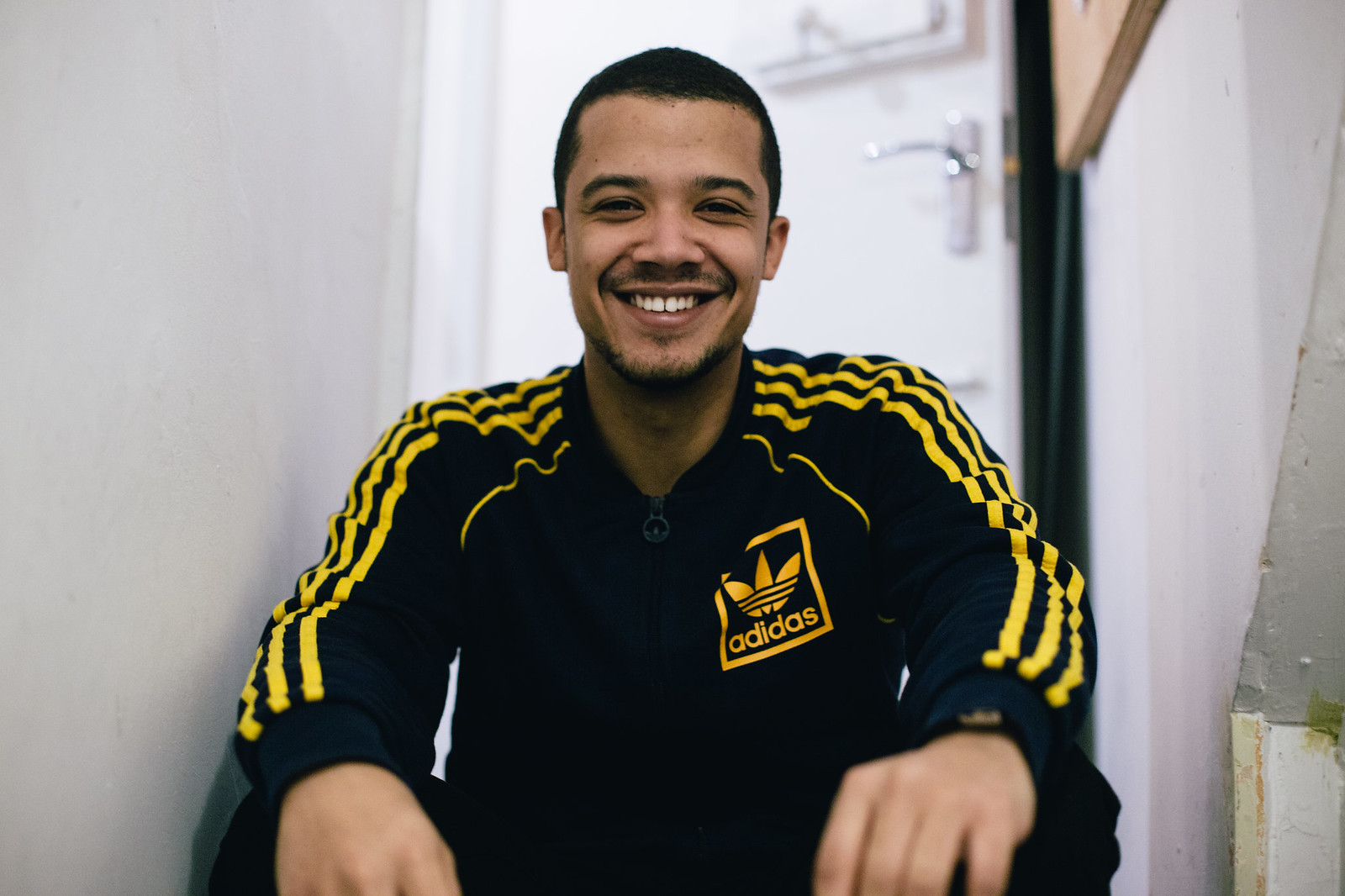 Do you feel quite a lot of pressure working on Game of Thrones considering the breadth of talent you’re working with?

Yeah there’s quite a lot of pressure if you consider the amount of people that watch it but when filming you feel quite far removed from that on set. It’s fun to be honest, we just have fun! The pressure doesn’t really come in when you’re having such fun in the moment.

I did a show with Run DMC last year, I did walk this way and stood in for Steven Tyler, that was fun! I saw a picture of it the other day and it freaked me out a little bit, I almost have no memory of it happening, genuinely woke up the next day and was convinced that it was a dream.

What advice would you give to a person who wants to get into music or acting?

Acting is a crapshoot, you’ve got to prepare yourself for rejection, it’s not always merit based and you’ve got to be persistent. 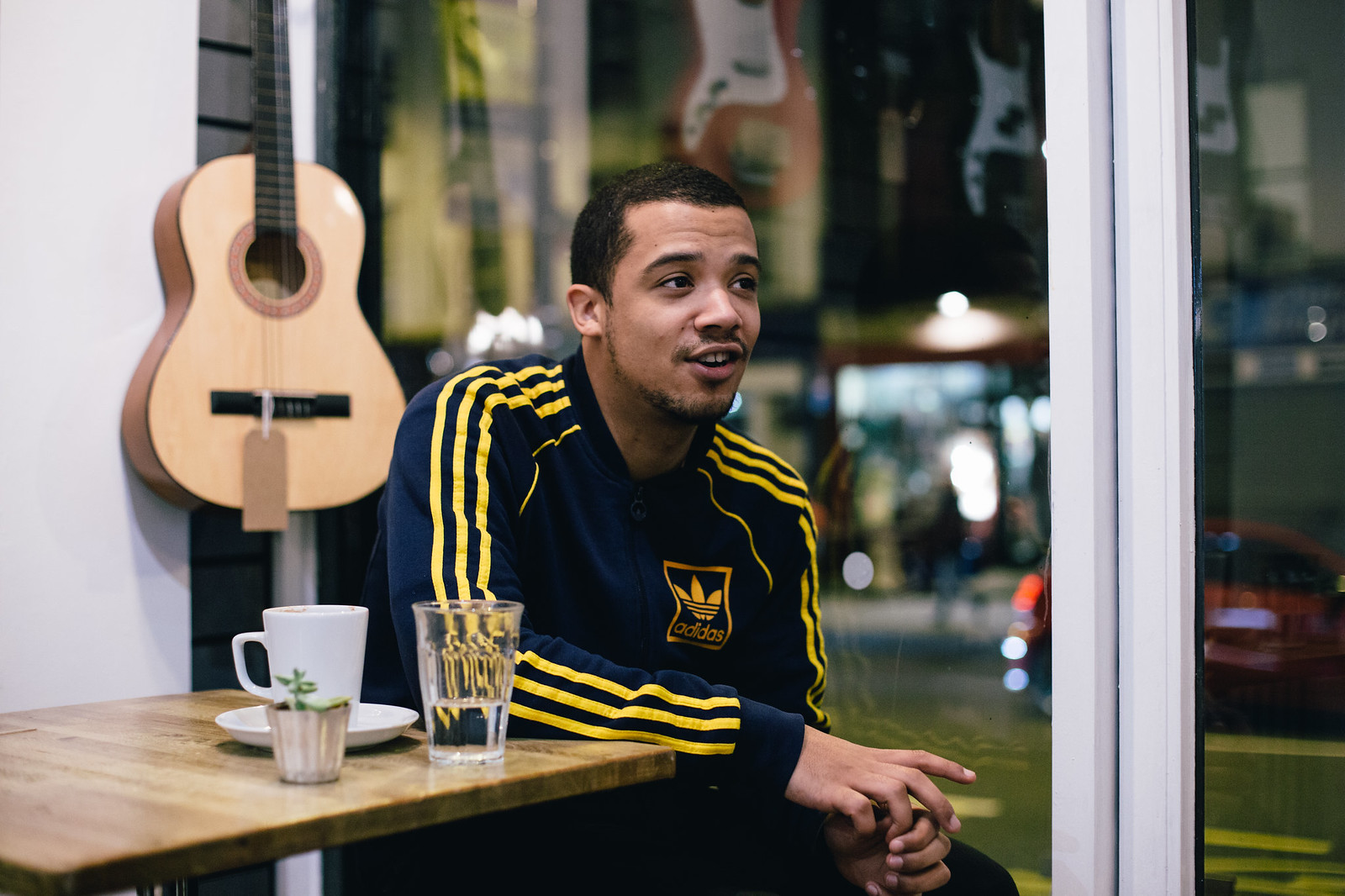 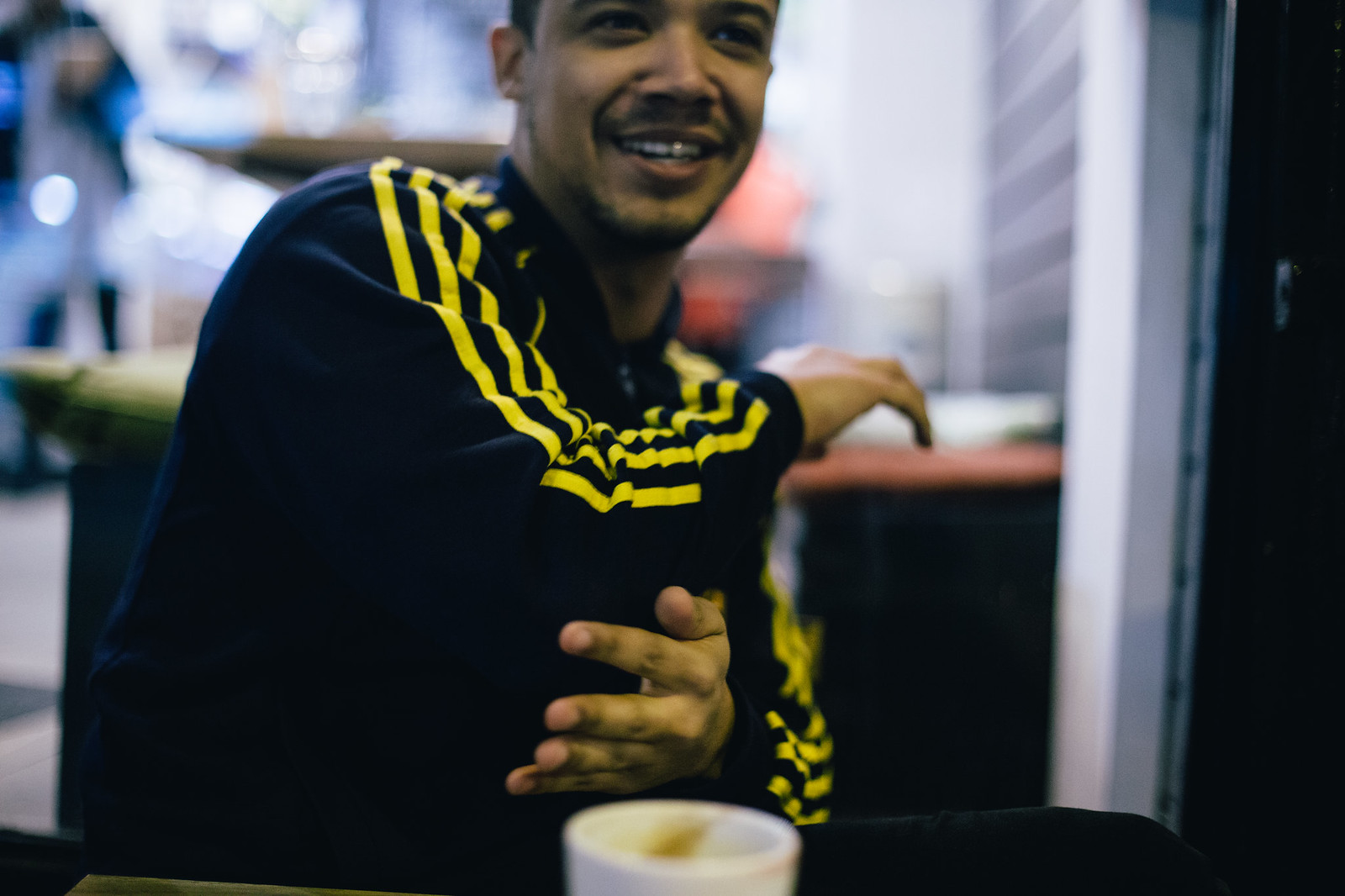 If you could give one piece of advice to your 18 year old self, what would it be?

I’d probably give myself a hug. I’d tell myself to chill out, relax and don’t let work become everything.

I’m always intrigued by the link and association between music and memory, are there any songs that stand out for you as being associated with a particular point in time?

Whenever I hear ‘Lean on Me’ by Bill Withers I’m reminded of my grandad, we used to have a video of my uncle and my grandad dancing in my grandads living room to that song and I miss my grandad, he was a very funny and great guy. So when I hear that song it’s a nice reminder of him.

What’s next for Raleigh Ritchie?

Starting writing the next album, I’ve started messing around but nothing solid. I want to get it done in a shorter amount of time than the first one; I need to have a tighter schedule because the sooner I do that one the sooner I can start on the next one. 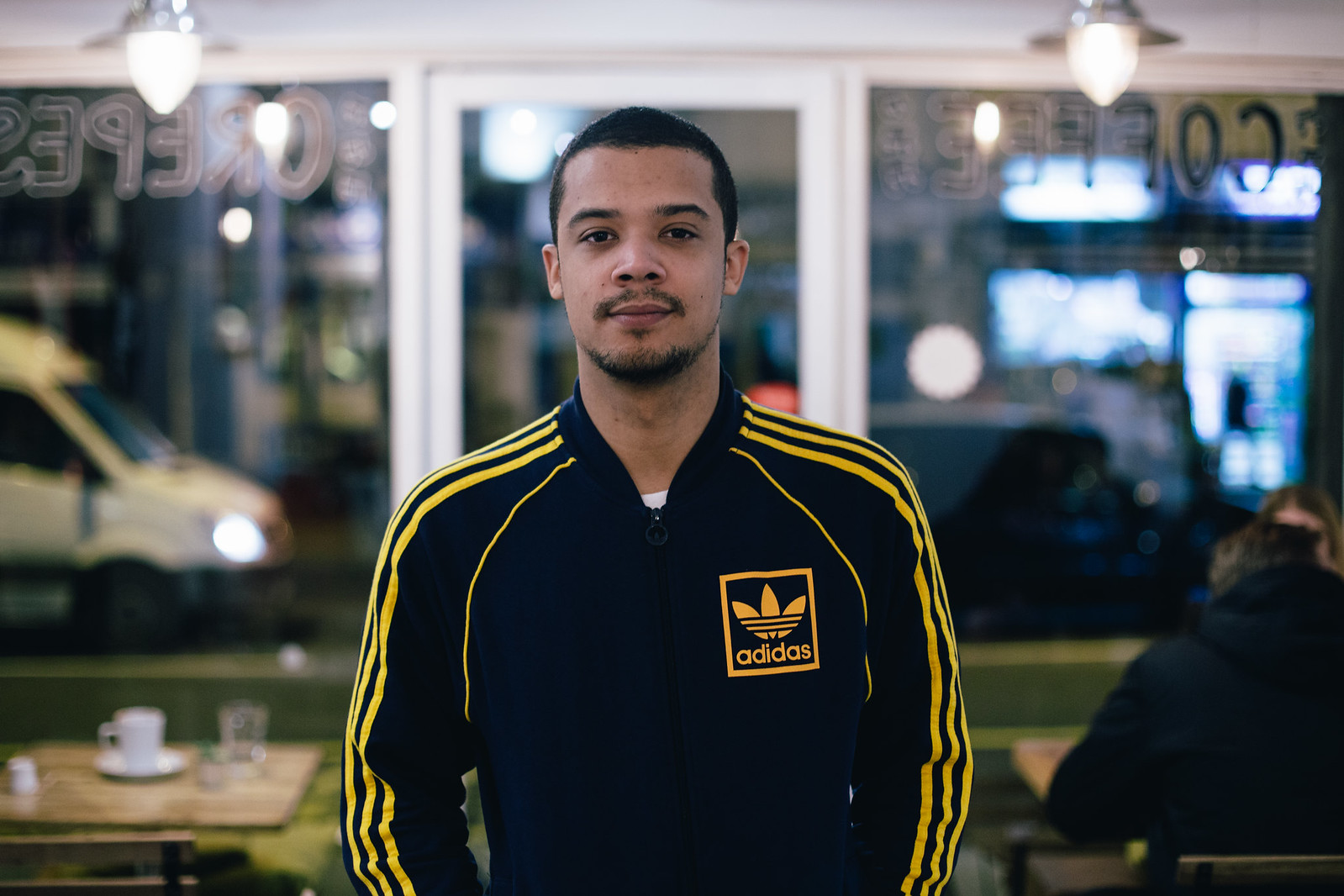 I had the pleasure of listening to You’re A Man Now, Boy at an advanced listening and was undoubtedly impressed, I think the project has something for everyone to enjoy depending on where you draw your taste for music from. The album is out Friday 26th February and you can find Raleigh putting on some of his energetic performances at the end of April.