If you don’t recognise Joel it might be because he’s changed his hair style since the last time we spoke, it’s been almost three years since we sat down for our first Conversation With Joel Baker and like each of us he’s been on a journey and come a long way in that time. As positive and energetic as always, the Nottingham born musician takes us back to where it all began and tells us why his latest musical offering, Bran Flakes Vol. 1, sees a noticeable change to his sound. You could even call him a rapper now…

New music aside, the best thing about this evening was that this was Joel’s first ever headline show. Right here in London. The Servant’s Jazz Quarters in Dalston, a venue he chose after seeing good friend Nick Brewer do his first headline there. A small bar just off of Kingsland Road, the venue was fitting for a intimate gig from Joel as he took his audience on a journey with him.

So what’s happening tonight Joel, what’re going to be playing?

Starting off with Bran Flakes, gonna do 4/5 tracks off of that. Then moving into a little throwback session with the help of my double bassist that I’ll have up there with me and ending with some new stuff, no one will have heard it yet but it’s the culmination of Bran Flakes and old stuff, so it’s a nice way to end.

Your music has certainly changed in a noticeable way, has that been a conscience decision?

Well actually it was sort of a bit of peer pressure! It came from me chatting to this guy in New York, just teaching him some London slang and him eventually telling me that he’s a massive fan of The Streets. He said he would love to write a track with me that is obviously influenced by The Streets and after saying no about 50 times I eventually agreed, so we made the track. I hated it but I sent it to my manager and he loved it, as in he responded instantly telling me how much he loved it. The peer pressure started from there! From that moment it took a while, initially when they asked me to do a mixtape I said no way. I think I was quite self conscious. 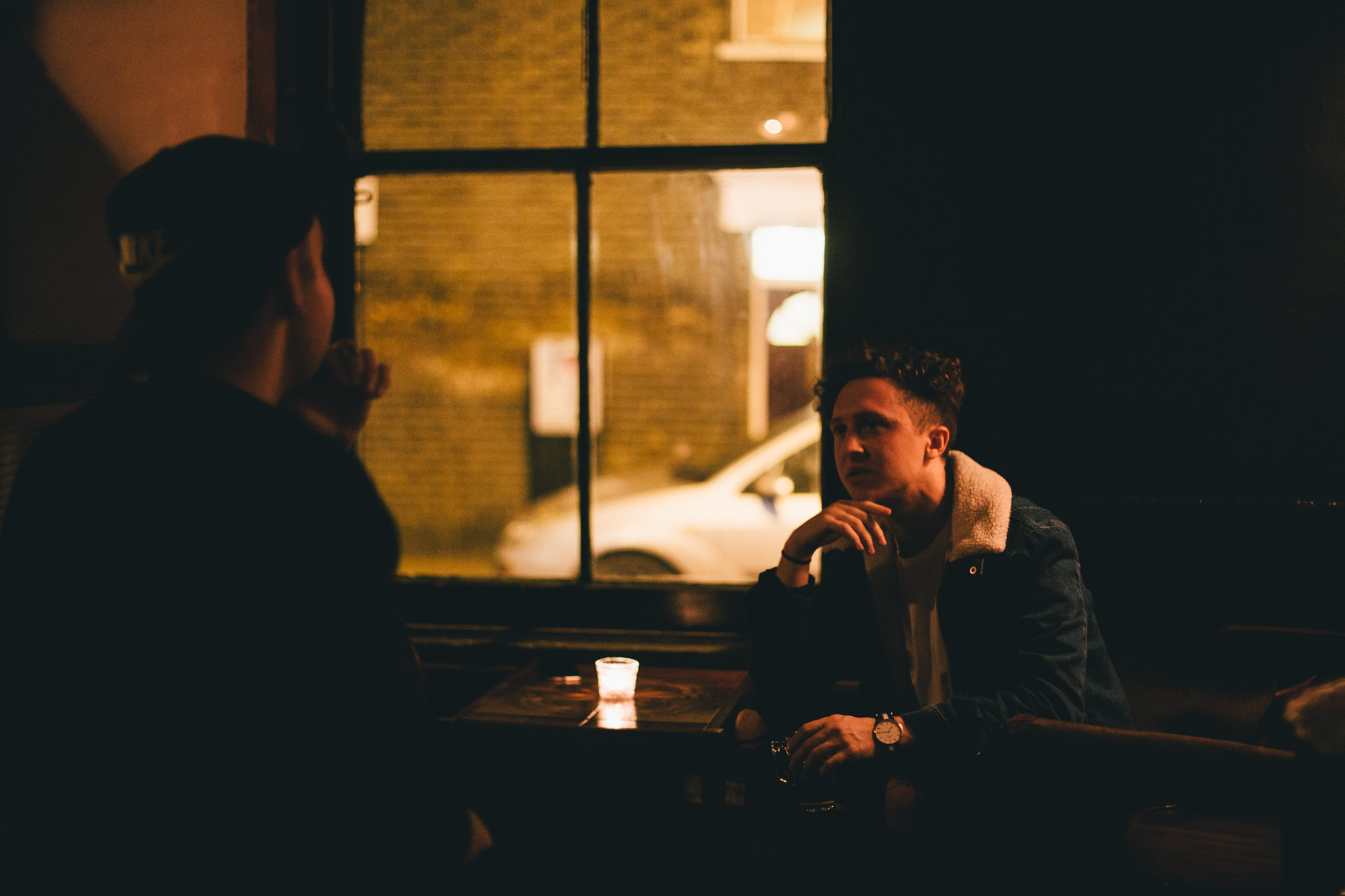 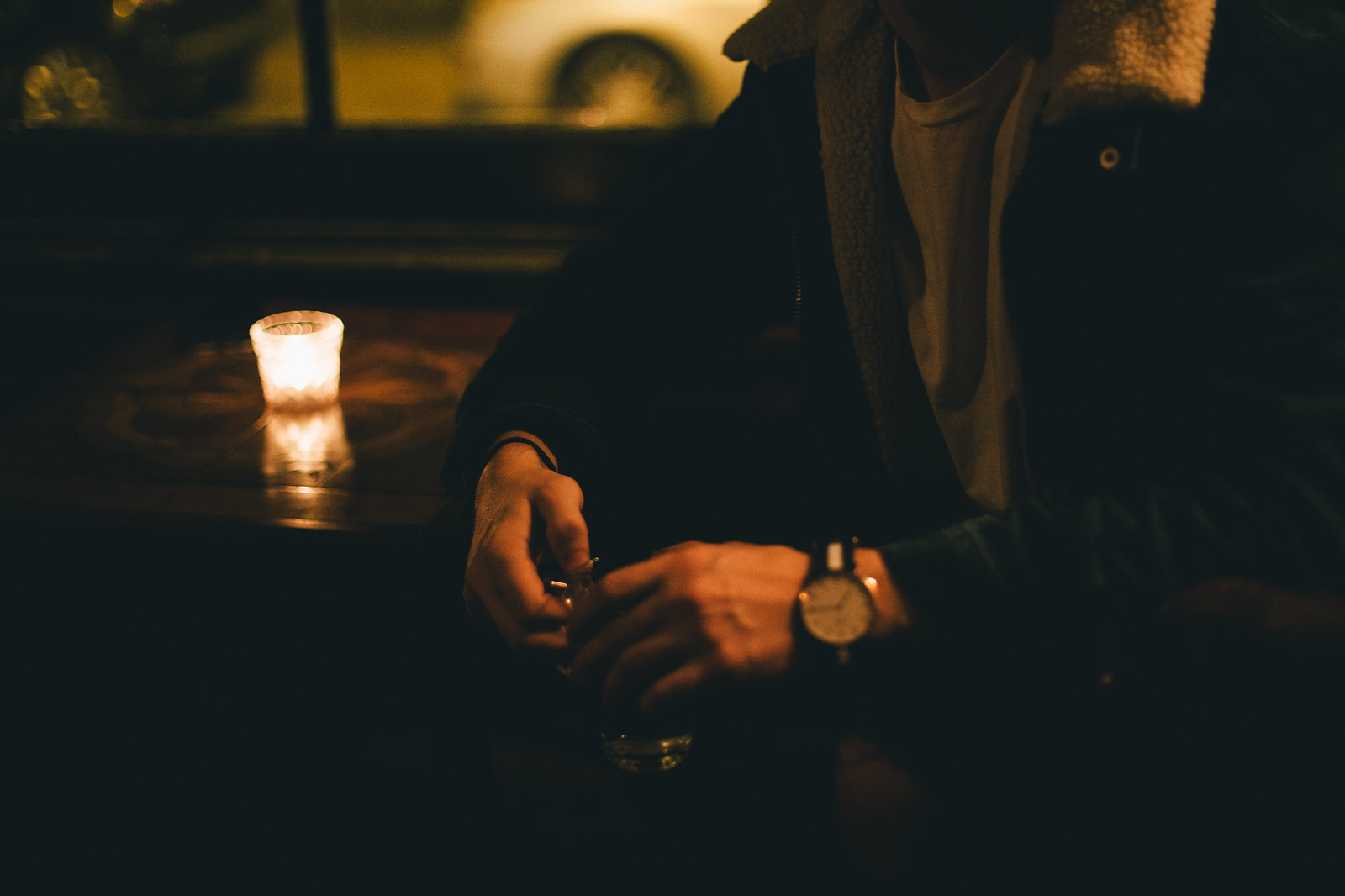 There’s a few features and collaborations on Bran Flakes, was it important to you that this was a collaborative piece?

One hundred percent! If I could I wouldn’t do any songs by myself, the people I associate myself with are family. Some of the skits literally just come from us being in a car or from people I know, my mate Jake, one of the first people I met in London, really funny guy, I love using things like that. I think the inspiration for that came from some of Kendrick and Kanye’s work.

So what’s next, what you got coming up?

Volume 2 is in the works! Working on a couple things with my brother Sam. I’ve got a few songs I’ve been sitting on for a while that I’m really excited to release. I’m putting a lot of effort into learning how to produce. What I like about my new stuff is that it lets me make funny and quirky tunes, it let’s me be less serious, I’m never serious so in that way the new music is more true to me. 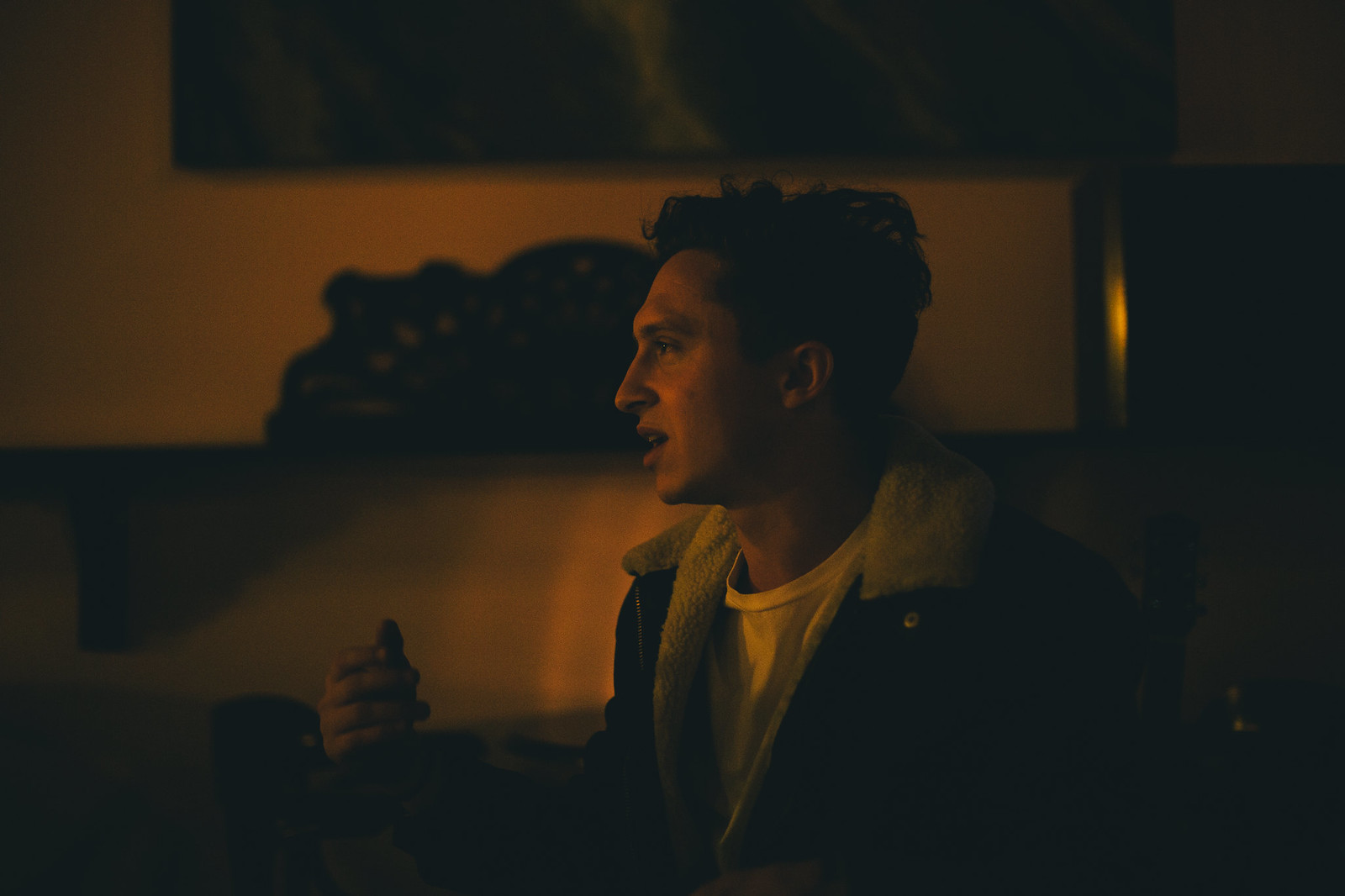 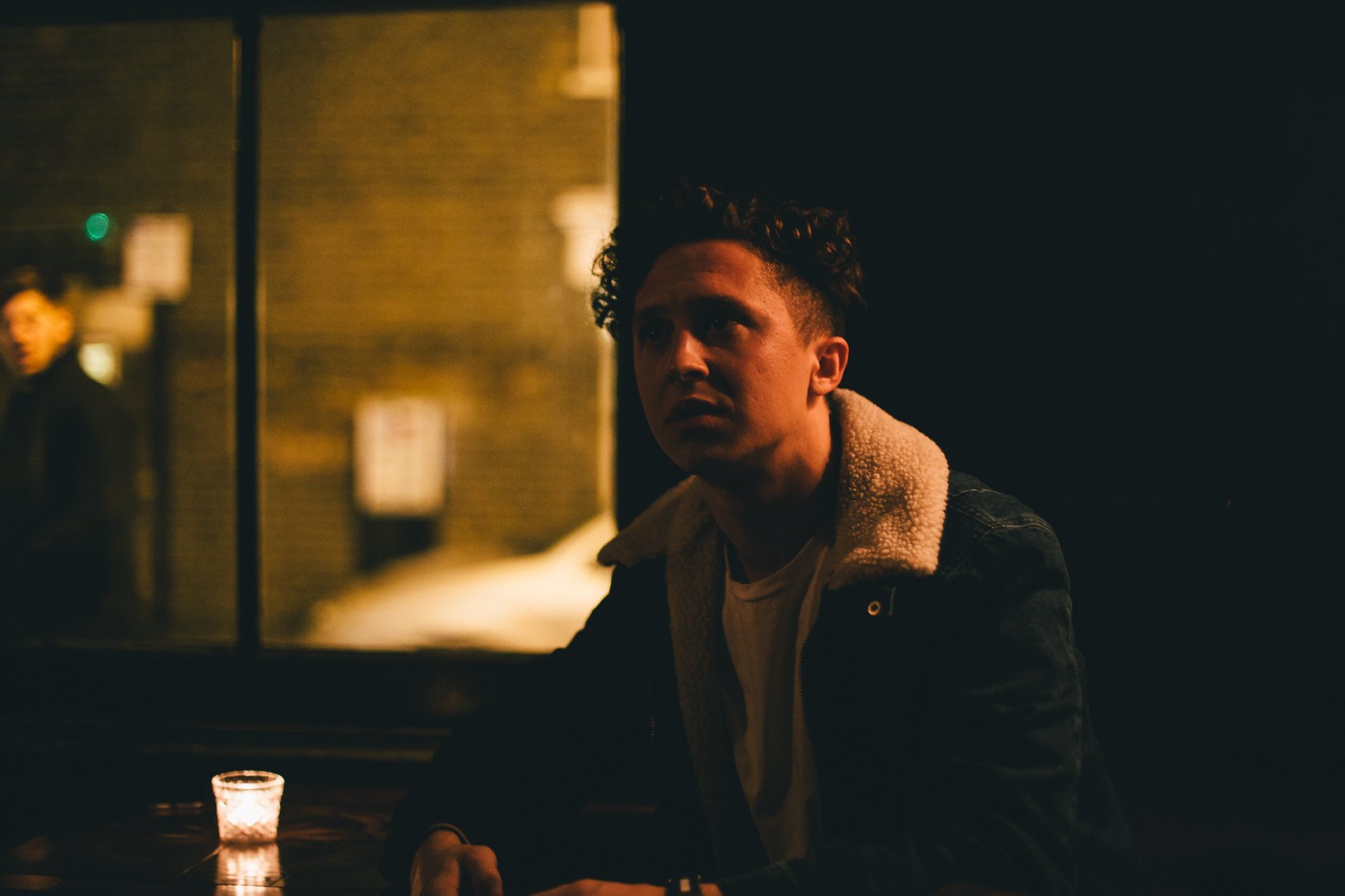 Not originally being from London, how do you see the London creative scene?

I think London is sick. If I’m honest with you I feel as much, if not more London than anyone else. Nottingham will always be Nottingham, it’ll always be a home to me but I feel like London is my real home city. I never really gigged in Nottingham, London is where the music started.

We started gigging in 2013, in fact I did a few shows with Nick in 2012 around the time Shoreditch was just starting to become Shoreditch. I got a booking agent early and just played every show I could which was an amazing experience, there were so many of us on that scene and so the same five or six acts would travel from one gig to the next together, guys like Jacob Banks, Simz, Nick.

Nick was definitely the biggest inspiration for me if we’re talking about people from that movement. If ever I didn’t quite no what I was doing I’d look to Nick, he’s the one that brought me in along with Barney. We were all really young, looking to live out our dreams. 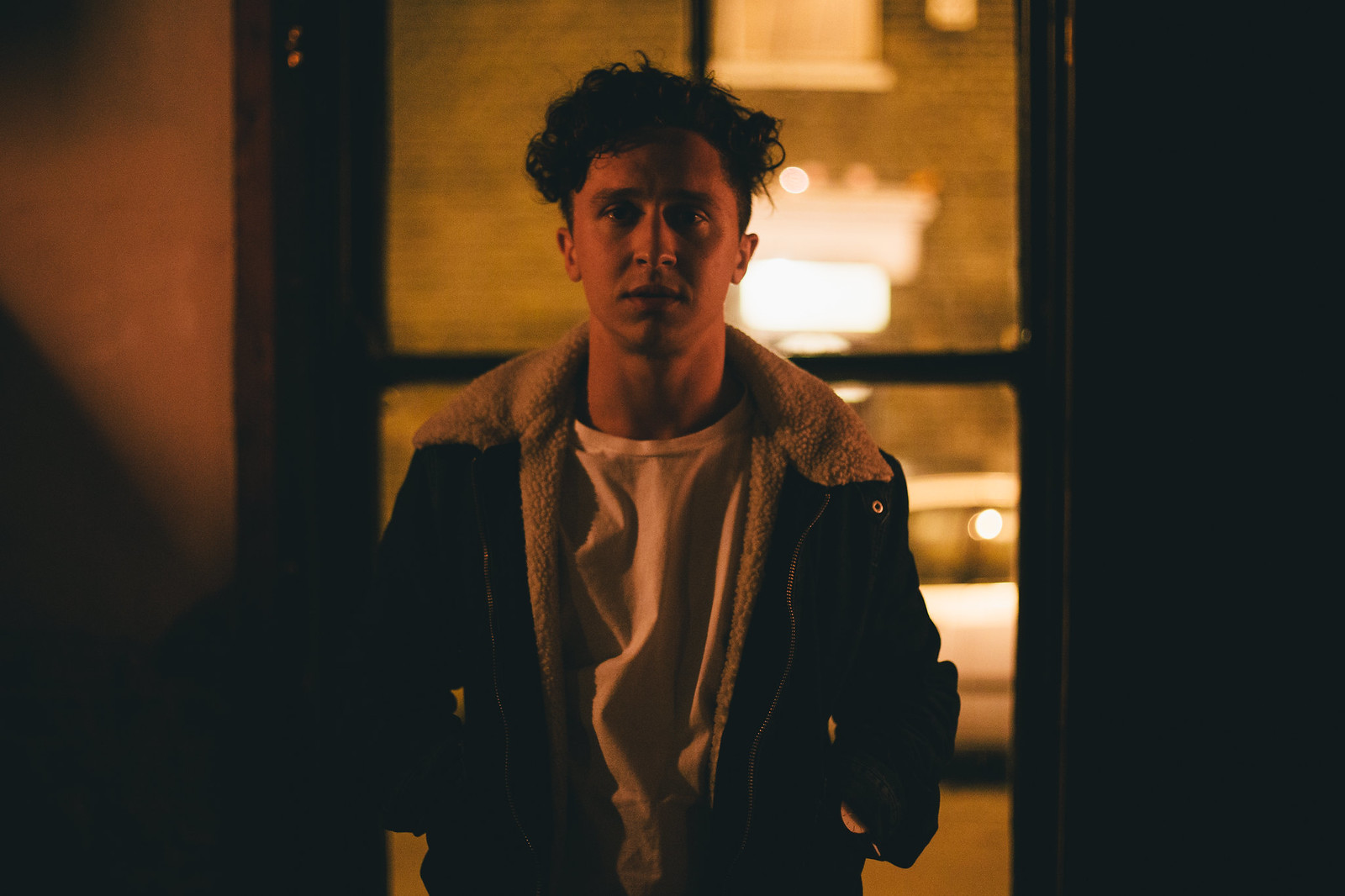 In a way it reminds me of the way everyone in the grime scene has brought one another up, to the point where at a show guys will bring everyone they can on stage.

I love grime, it’s such a massive part of London.

Do you think grime has had an influence on the stuff you’re making now?

Inevitably yeah but I’m definitely not trying to actually do grime, I can’t compete with that. I’ll never be able to write a rap like, say, Chipmunk. Even if I tried I couldn’t speak that fast, they’ve been doing this since they were about twelve. Instead when I write I try to simplify it and give it a real basic structure. If I get stuck I just think to myself, what would Kanye say..? 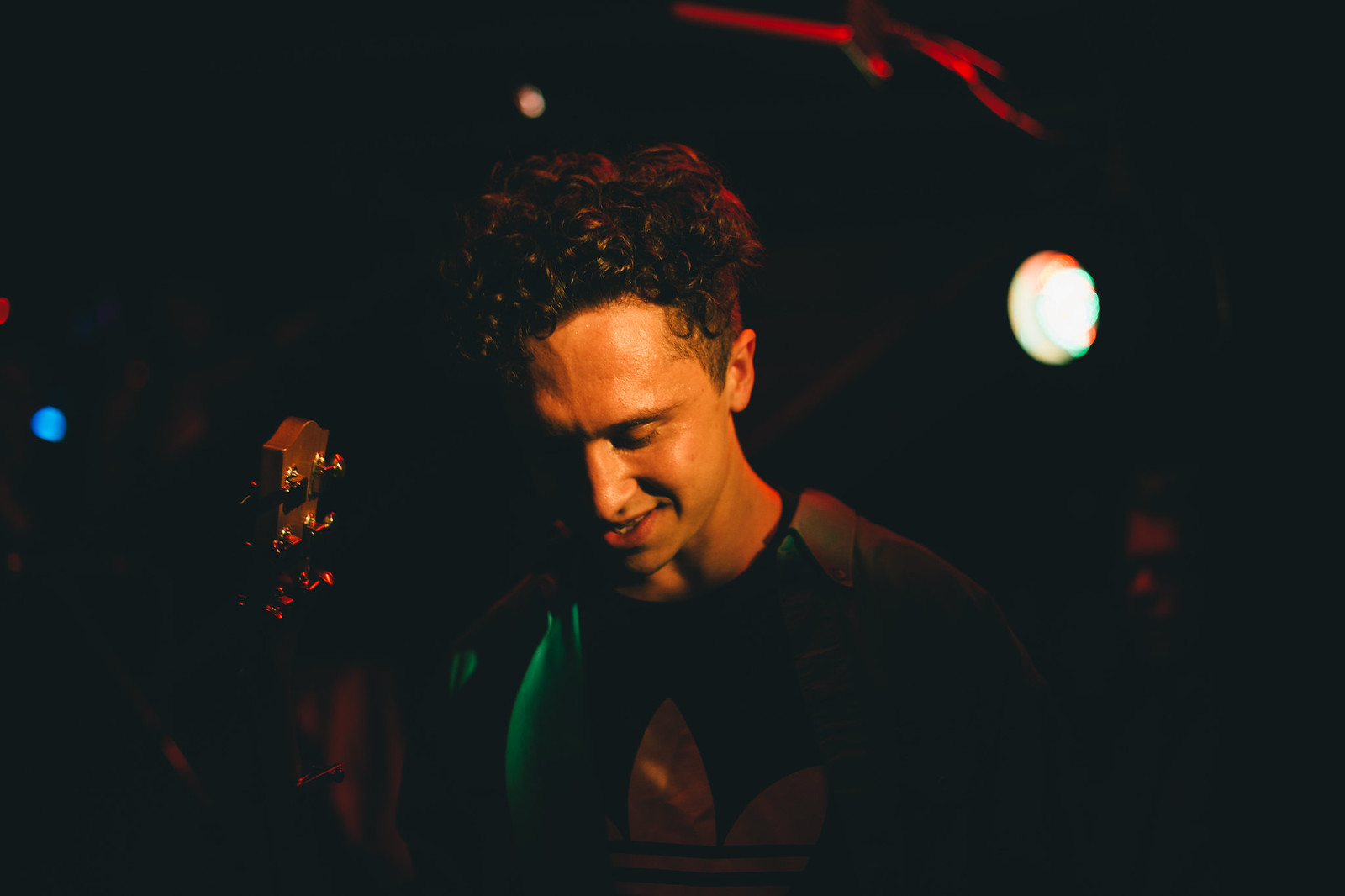 Joel had his audience with him from the start. A packed out downstairs venue in Dalston was captivated as Joel sang and rapped with the passion and heart he’s known for, as everyone bopped their head to Joel’s new sound and sang along to the acoustic classics we’re more familiar with. As a spectator, you can imagine Joel up on the big stage. His humour shines through, and he knows how to please his audience. Throwing out mini boxes of bran flakes and telling stories along the way as he brought up musicians that have had an impact on his career so far. 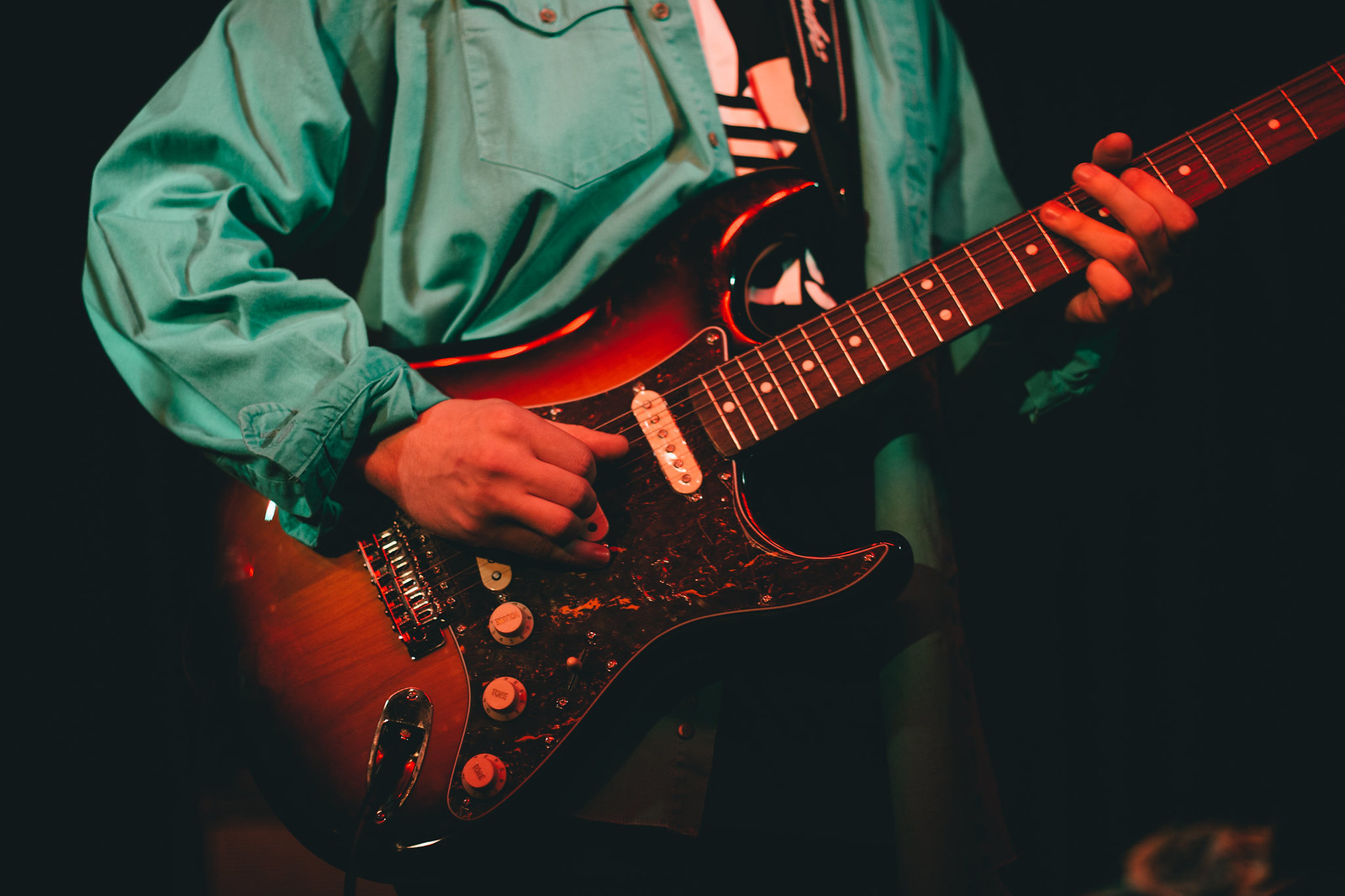 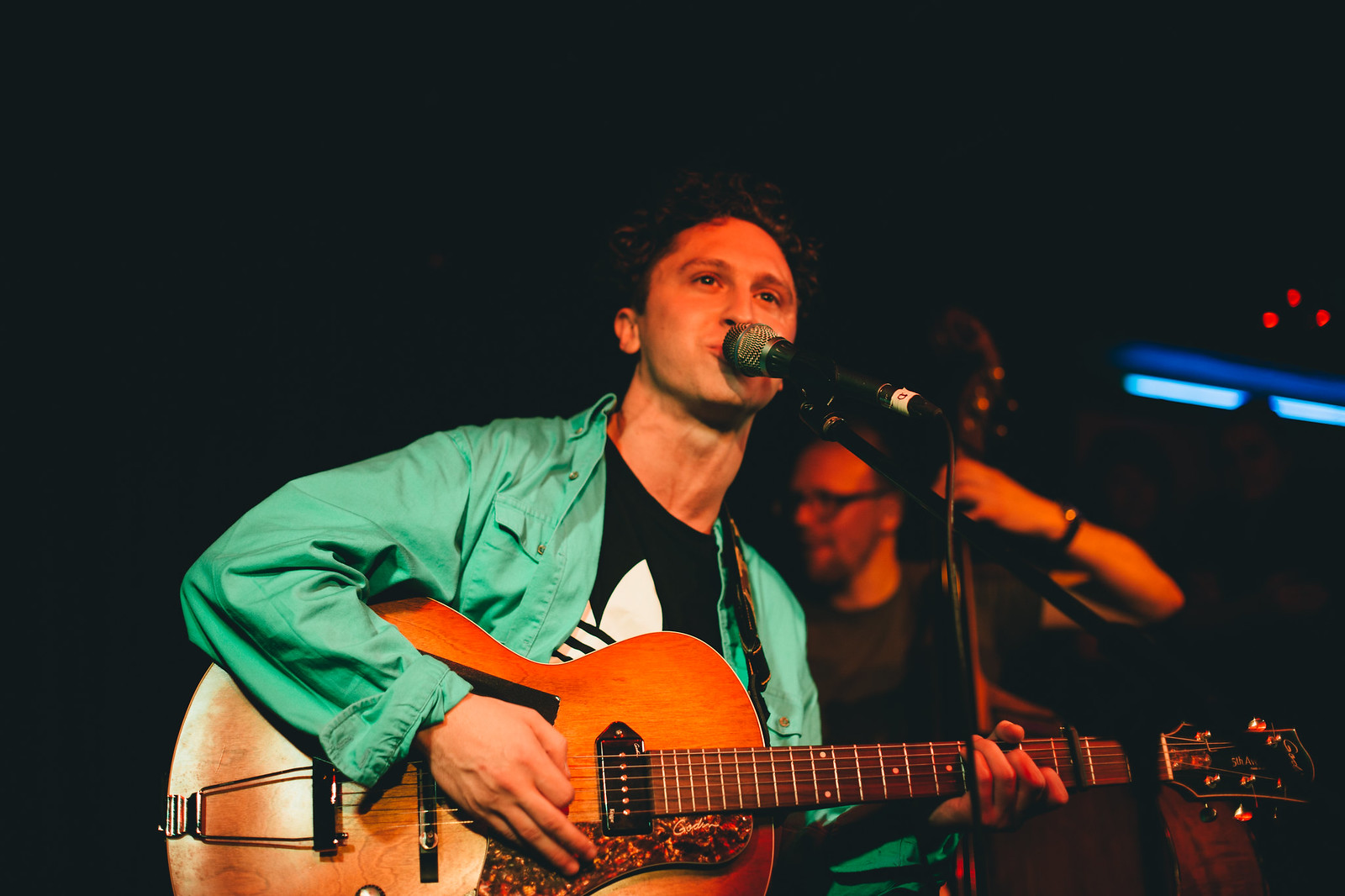 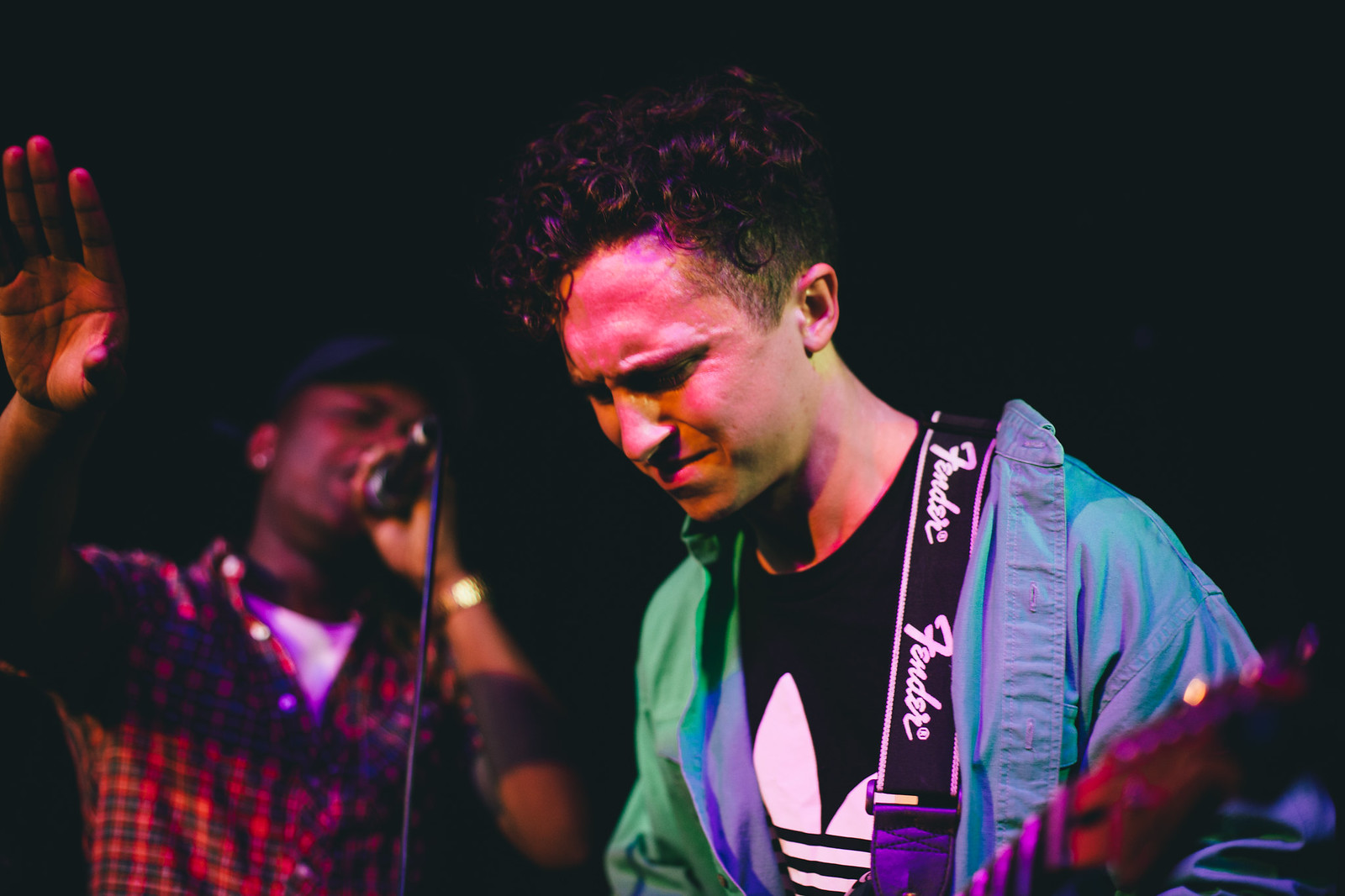 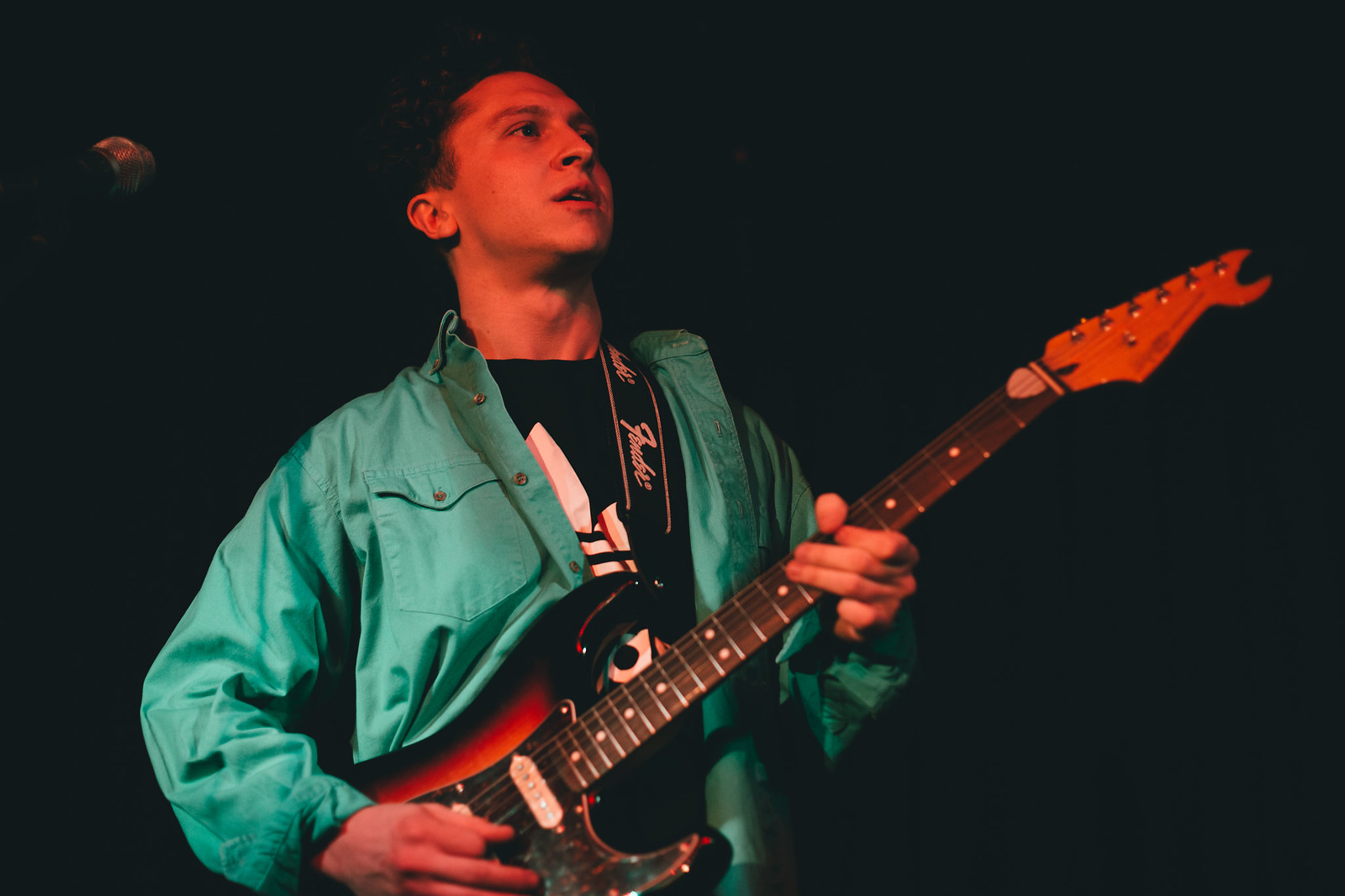 Joel hosted and produced an evening of good vibes. And the best thing about that is that it’s not an act like you would see from some bigger artists. Those good vibes is what Joel is about through and through. It’s a very real and natural sound and performance from him. His new sounds are also very fitting for him as he performs Bran Flakes with confidence, just like his older stuff we’re used to hearing. He covers rap and RnB classics with ease, giving them his own spin along the way.

Guitar in hand or not, Joel is a real talented guy and it was a pleasure to witness and experience his first headline show right here in London. From a conversation with him a couple of years ago, to an evening with him doing what he does best, it’s clear to see how Joel has grown in to his talent, switching up his sound slightly and shown off his personality through his music. Only way is up for Joel Baker. So watch this space. 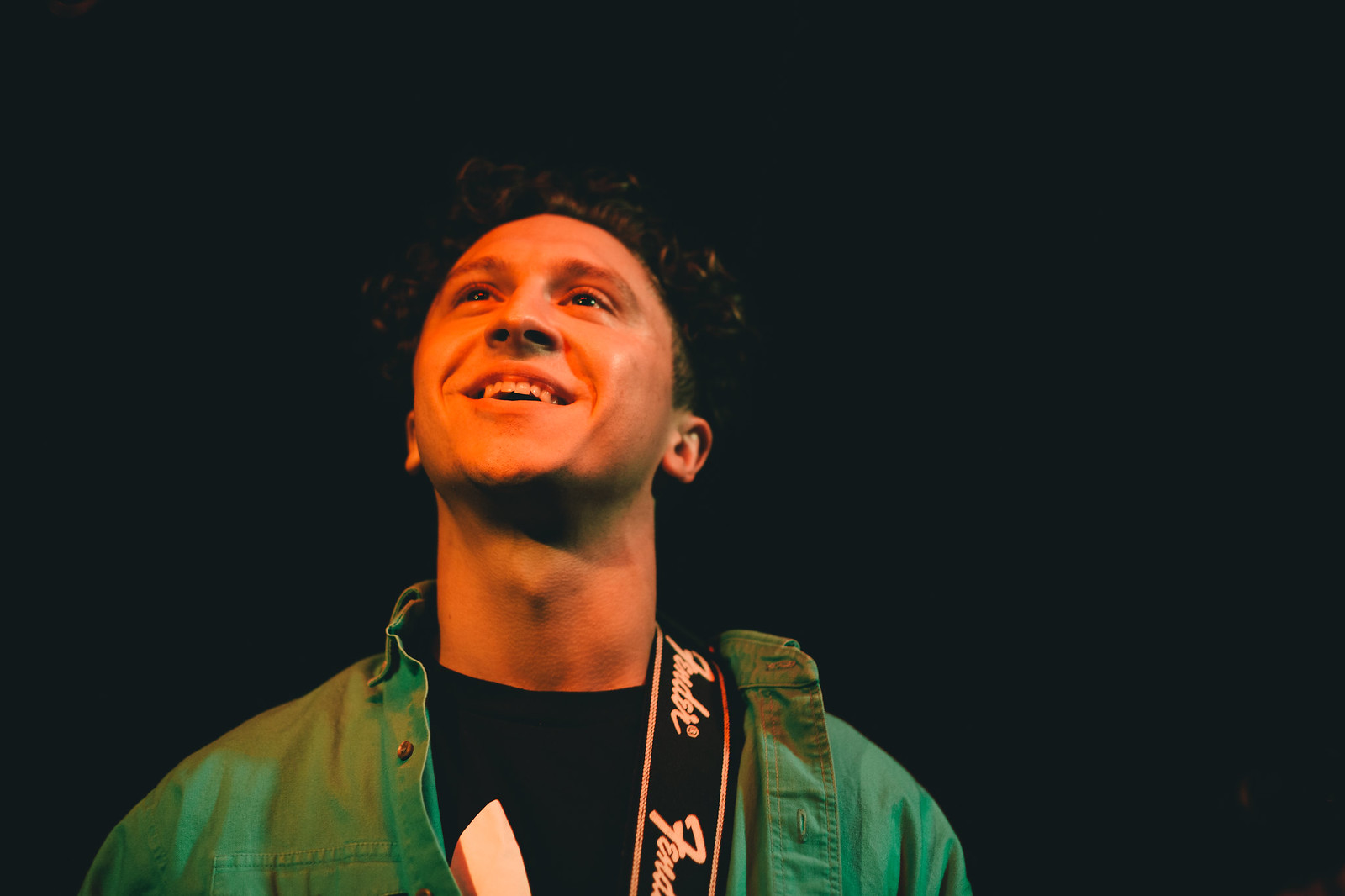 If you haven’t checked out Bran Flakes Vol. 1 yet you can find it here and if you have, well then listen again!

Joel’s a friend of the family so this definitely isn’t the last time we’ll be chatting, looking at our journeys so far it’s kind of exciting to imagine where we’ll be in another couple of years, and what hairstyle Joel will have moved onto… ;-) Until next time bro!